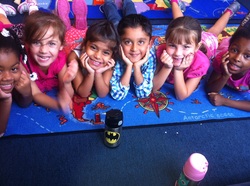 The Kindergarten children are separated from the younger children to receive their academic lessons. The Kindergarten program has been developed and is taught by Dr. McCurdy. The children continue to receive individualized lessons in phonics/reading, handwriting (including cursive), spelling, and math. As a group, we study history, literature/writing, and science. 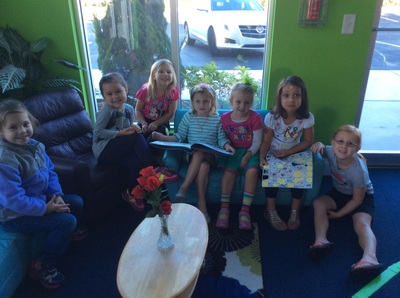 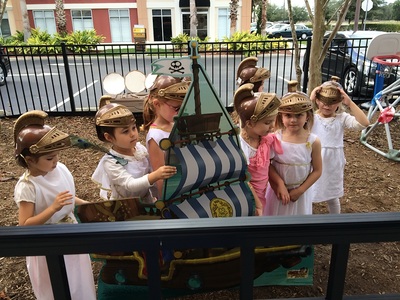 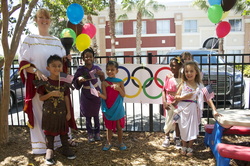 In ﻿history, we start off ﻿the year studying the Ancient Greek Civilization. All material has been adapted to be age-appropriate in context, including: the introduction to the historical timeline, a general background on Ancient Greek ideas, culture, and important historical figures such as Socrates, Plato, and Aristotle. The ﻿stories﻿ of Greek mythology are introduced. We read children's editions of Homer's, Iliad and Odyssey and create mini summary books of these stories. 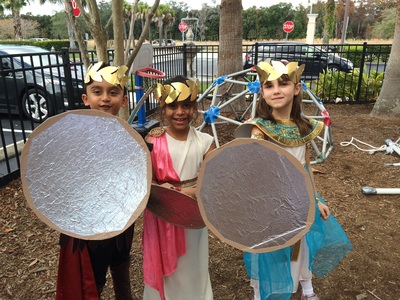 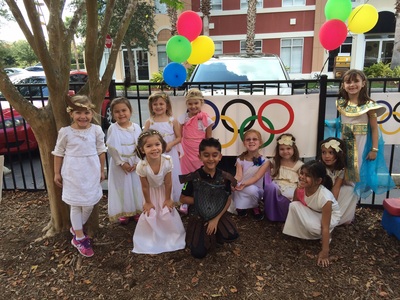 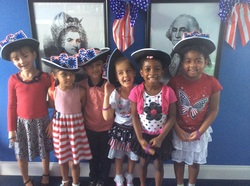 ﻿In honor of Ancient Greek Civilization and the development of the first Olympic Games, we host our own Olympic Games. The children dress in the manner of the Ancients. We participate in opening ceremonies, physical competitions, medals and closing ceremonies, as well as the tasting of Greek foods. We hope joining us again next year to discuss his Olympic experience and to act as our Master of Ceremony will be former Olympian, Kirt Thompson.
History class will turn to the Renaissance period for the next three months of the year. We will cover the ideas, art, and the overall development of science and culture. This will include the reading of some of Shakespeare's plays, and who knows- perhaps a performance! The final section of the year will include study of American History.﻿ 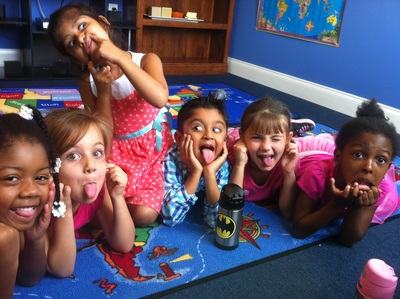 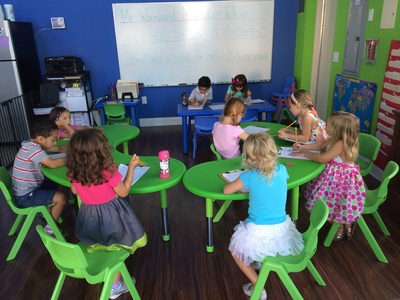 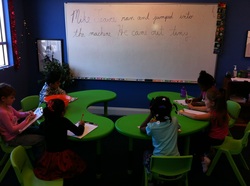 ﻿Starting off the year in our literature class﻿, we cover one teacher-read chapter per day in E.B. White's children's novel, The Trumpet of the Swan. Following a discussion period, the children summarize the main ideas of the chapter in their own mini novel summary books. We continue with this format for literature class, by reading, discussing, and writing about Charlotte's Web and Charlie and the Chocolate Factory and will do so with other novels throughout the school year. 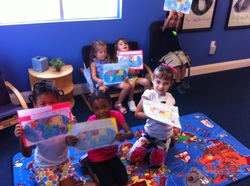 Our initial focus in science class is on the solar system and earth science. We have completed engaging assignments relating to these topics. The children especially enjoyed creating a paper mâché solar system. We will turn to biology and physics as we continue through the school year. 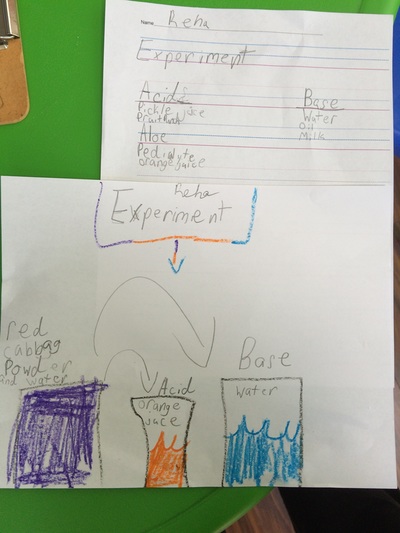 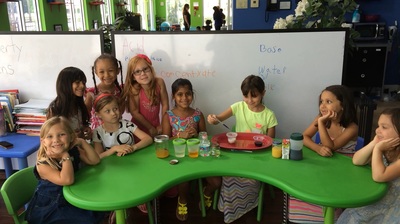 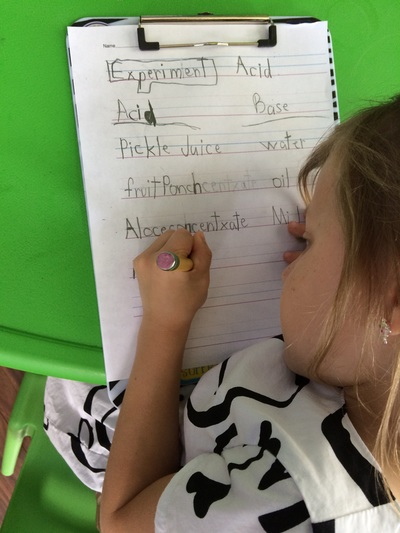 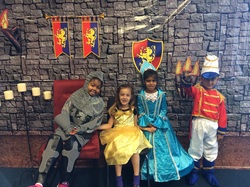 ﻿On to Florence, Italy, and we are finishing up our Renaissance studies.  We discussed the influence of the de'Medici family and many of the great contributors including:  Ghiberti, Donatello, Brunelleschi, Michelangelo, and da Vinci.  After exploring some stories of William Shakespeare, the children decided to make a movie of their enactment of Much Ado About Nothing. 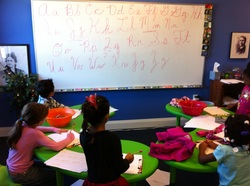 As the children become more proficient in their cursive writing skills, requests for cursive in regular assignments have become a daily occurrence.  A c﻿lass vote is often required to dec﻿ide the script for the day-whether it is to be cursive or "regular".

Last week I was taken by surprise when one of the students transcribed the printed assignment from the board and completed her daily assignment in cursive without any assistance. 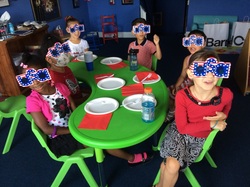 Reluctantly, the children have agreed to move on from the study of Ancient Greek history to the Renaissance period.  The children hold their favorite Greek myths, monsters, Gods and Goddess and continue to discuss them daily.  As a class, we still cannot agree which is the better story, the Iliad or Odyssey.  I have observed the children playing "Perseus and Medusa" and "Theseus and the Minotaur" at playground time.  One student even named her cat after her favorite Goddess.   As a treat (when we finish our work), I read from our book of Greek myths.  They can't get enough!

The children are very excited about the upcoming Olympics. Please be sure to tune in and discuss similarities and differences between the ancient and modern Olympic competitions and ceremonies. 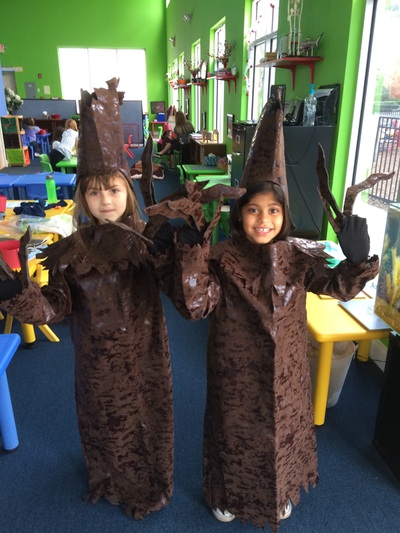 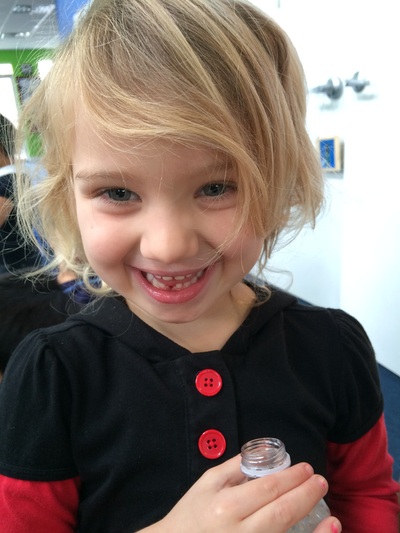 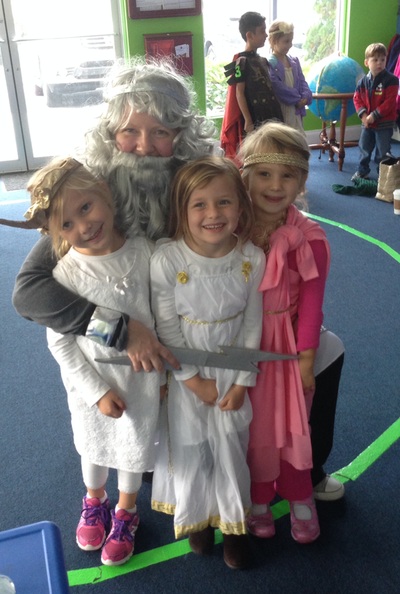 As with The Trumpet of the Swan, Charlotte's Web, Charlie and the Chocolate Factory, we continue to read a chapter per day in Abel's Island. We are working on our summary books and should have them completed in the next few weeks. The discussions are becoming thrilling as new ideas and connections are being made by the children. Last week one student observed how poor Abel's struggle to get off the island resembles that of Odysseus! 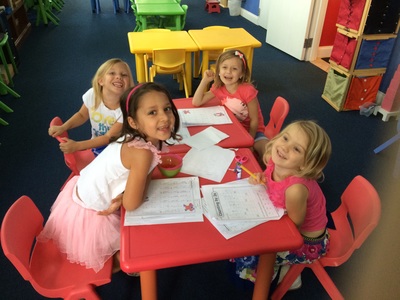 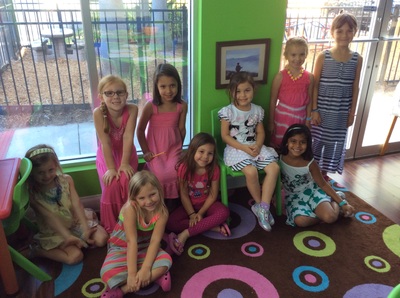 ﻿We are moving from addition tables to subtraction tables for the weeks ahead. While we learn the subtraction tables, we will continue practicing with double-digit, triple-digit, etc., addition.  At the children's request, we recently spent an entire afternoon working out math problems on the board. We made it into a contest and everyone had a great time. At the end of the day, one concerned looking student commented that we didn't do any work the whole afternoon!﻿ 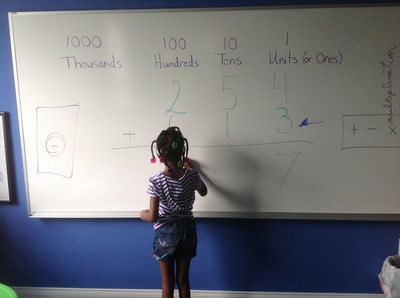 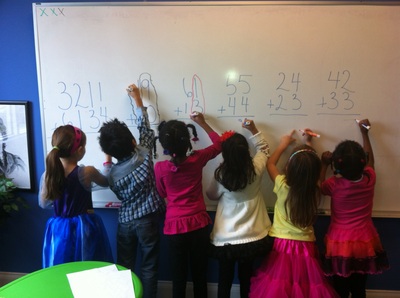 The class has read ma﻿ny novel﻿s and stories this year. The list includes: The Iliad, The Odyssey, Matilda, The Tale of Despereaux, Much Ado About Nothing, A Midsummer Night's Dream, The Secret Garden, James and the Giant Peach, Lily and Miss Liberty, and The Boxcar Children. 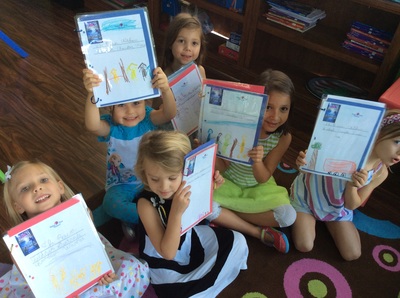 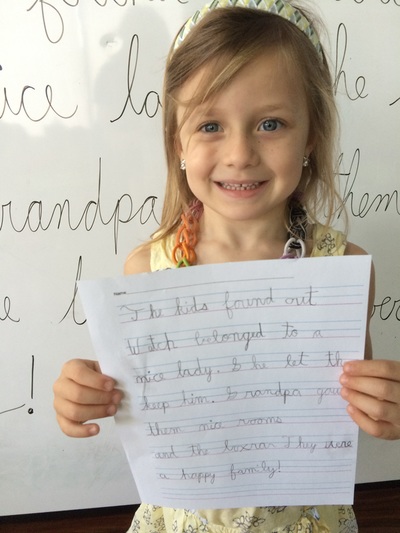 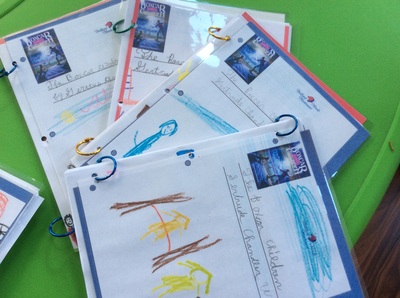 After each chapter, the children helped to provide a short summary of the relevant events. Depending on a class vote, the summary was then handwritten in their choice of cursive or print.  Each day, the children also completed individualized and corresponding illustrations of the chapter summaries. As each project was completed, the chapter summaries and illustrations were bound together in a take-home souvenir for the children to share and read with their families.
Contact Us